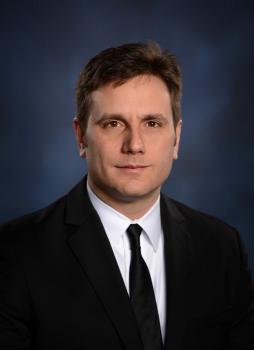 David began his career serving as an intelligence analyst and electronic warfare technician in the United States Navy. He retired from the Pennsylvania State Police (PSP) as a Trooper and certified forensic examiner. He was also a Deputy United States Marshal. While with the PSP, David served as a computer crime investigator and a wiretap and surveillance specialist, often working on undercover assignments.

Upon retirement from the PSP, David served as a senior security consultant for Dell and a number of major corporations. He has also served as an information assurance and forensic engineer with the Central Intelligence Agency (CIA).

He is a licensed private investigator in the Commonwealth of Pennsylvania and holds a wide variety of IT and security certifications.

"His record of corporate successes in a highly competitive cybersecurity environment speaks for itself."
-Carlos Fernandes
Purcellville, Virginia
" In particular, he provided the core capability we needed to execute a recent cybersecurity assessment for the U.S. Department of Energy (DOE)."
-Ranson J. Ricks
Indianapolis, Indiana
"David has impressed me with his ability to maintain a high degree of security knowledge in a field that is constantly changing."
-Timothy M. Opsitnick

At David J. Peck and Associates, honesty and integrity are forever hardwired into our mainframes. This website gathers intelligence on its users through the use of cookies. Because we're a lot more upfront than cybercriminals who'd mine your data without your permission, we're giving you the option to either consent or decline.